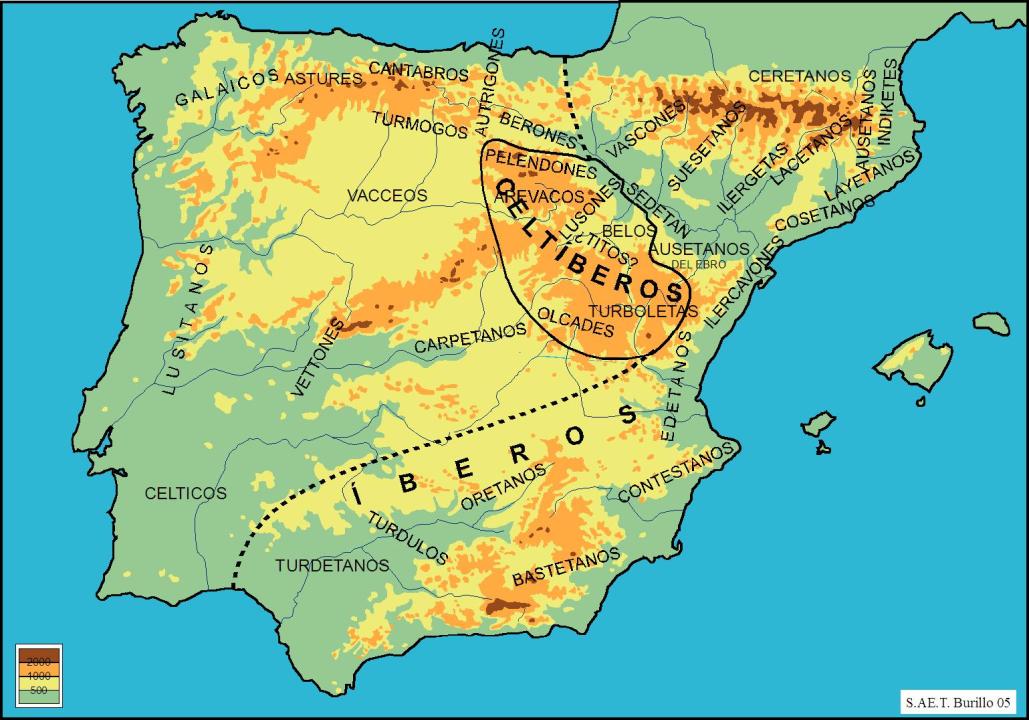 Although there is disagreement among historians of antiquity can be inferred from their news, referring to the second and first centuries BC, which gives the name of Celtiberia the territory located in the mountainous ridge which fit the Iberian and Central mountain ranges and surrounding areas, which divides down the river Tagus, Ebro and Duero, ie the eastern part of the Northern Plateau and the right side of the middle basin of the Ebro

However, unlike the Celtiberia Citerior, higher agricultural potential and basic wealth, more open to outside influences mainly from the Mediterranean Iberian and Celtiberia Further, limited to the Alto Douro, predominantly cattle and more marginalized from the economic focus and roads dominant. The maximum length of the country posed by the nicknames would end with that quote some cities: Clunia, Celtiberia finis; Ercavica, and Contrebia celtiberiae caput, caput gentis celtiberorum.

The forest environment of large areas providing abundant hunting: deer, wild boar, hare, rabbit, bear and wolf, to prove the existence of a mixed forest. In turn, took advantage of the rich pastures suitable for sheep and goats, as the main source of wealth. Were made with the wool clothing, among which the "sagum" to fend off harsh climate, which was highly appreciated by the Romans, as is clear that war between the taxes required to appear Celtiberian cities provided thousands of these items (at 141 BC to Numancia and demanded they Tiermes 9,000). Also abundant were donkeys, mules and horses. The latter had a reputation for rapid, which led the Romans to the detriment use of italics.

Livestock farming was supplemented, the ancient texts referring to numantina zone difference, at higher altitudes, where the grain was scarce, with the central area of the Douro River, inhabited by the vacceos, where grain was abundant . Grains found in the excavations under barley and wheat, which also got the "Caelia" or beer, and various legumes. An important addition in the diet was the collection of nuts, especially acorns and walnuts.

A source or important resource for the classic authors is related to iron and argentifera wealth of Moncayo, as Posidonius, Marcial and Justin praise the quality of the steel tempered in the waters of rivers Celts. Its special characteristics led the Roman army to take the sword peninsula, "hispaniensis gladius." 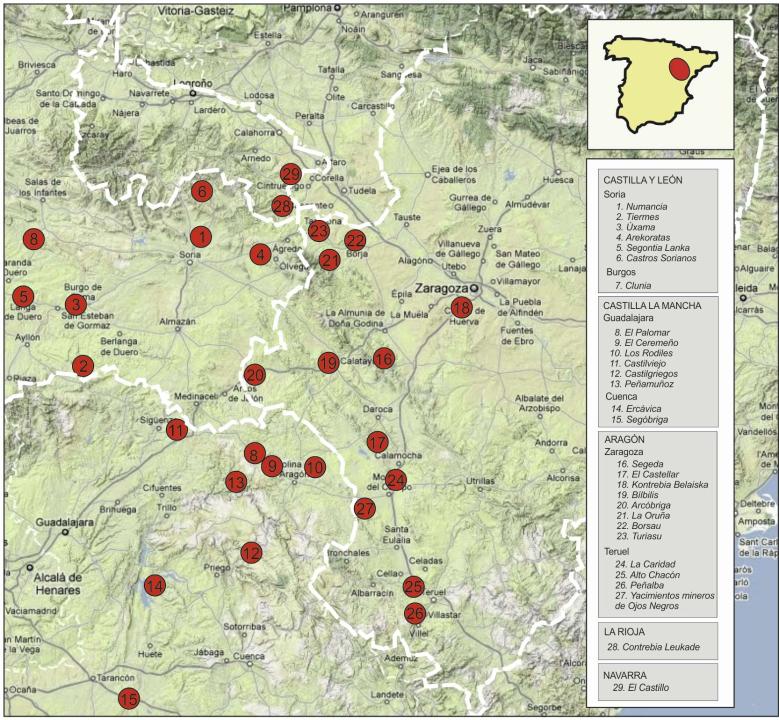