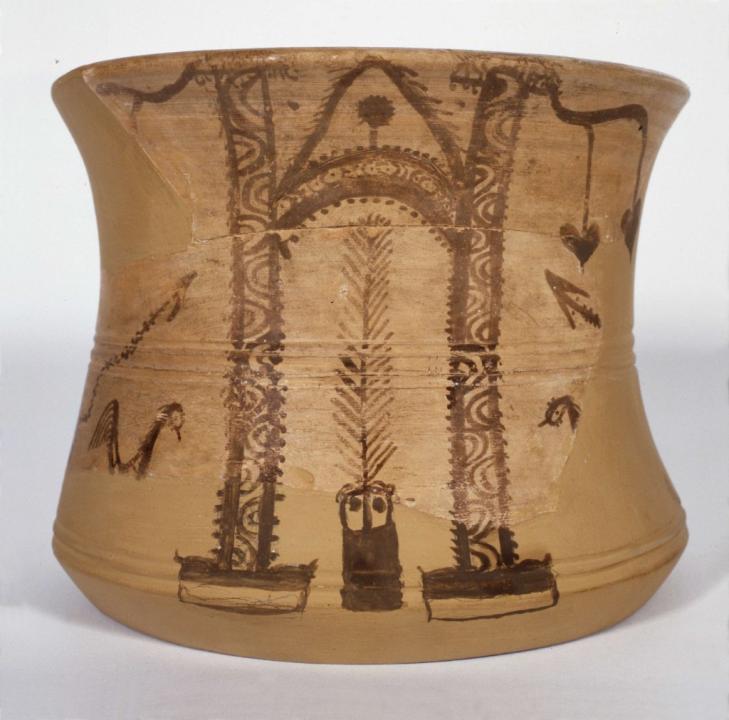 To the Cerro Villar, whete it is located the old Arcobriga, we accede from the A-2 going off at Monreal de Ariza and before to arrive in the town, at the level of some ships that are on the left side, take the exit on the right side, follow this road without going off course during about 2km, till crossing a fertile lowland, to arrive at the feet of the hill towards the South. The road allows going round the hill from the East to the North.

The city is located to about 2km in the west of Monreal de Ariza in the right bank of Jalon River, that borders the hill in the North, while the fertile lowlands of the streams of Maritaja and Torrehermosa that limit the Eastern and Western sides.The Southern zone is joint to the mountain hill of which is prolongation, through a narrow isthmus.

It was located in Ariza by Padre Mariana and after in Arcos de Jalon by Mayans, Cortes and Lopez, complying with the homophone of both place names.

Only the Marquis of Cerralbo, after his excavations in the hill Villar de Montreal of Ariza (1909) located it in this place, even if Schulten and the Blazquezs insisted on its location in Arcos, but the work of J.Lostal (1976 and 1982), on the design of the way XXV, between Segontia and Bilbilis, confirmed the proposal of Cerralbo.

Miguel Beltran (1987) carried out later the checking of the works of the Marquis of Cerralbo and now a team at the head of Luis Alberto Gonzalo has realized works of research of fitting-out for the sightseeing.

The name of Arcobriga is Celtic name consisting of –ark, name of a deity (can come from the Indo-European root *ork-s-os: oso), and –briga that means city or strong square, for this reason it woulb be the city or strong square of the gods Arco or Orko, located in the territory of the Belos.

It is mentioned by Ptolemy among the Celtiberi, but other references correspond to the Roman epoch as that of Plinius and, later, the Itinerary of Antonino (s.III), located in the way of Caesaraugusta (Zaragoza) to Complutum (Alcala de Henares), to halfway among Aquae Bilbilitanorum (Cervera of Alhama River?) and Segontia (Siguënza?), as well as by the Anonymous of Ravenna (s.VII).

It is unknown its moment of founding, but M. Beltran defends the location of the Celtiberian city in the higher zone of the site, basing on the existence of officious materials of that moment and in particular the proximity of the Celtiberian necropolis; on the contrary, J.A. Asensio thinks that it had not be inhabited before the half of the 1st century BC. It would be necessary the analysis of the lower levels, if they are and can assure it.

Other celtiberian references is the bronze card of hospitality that reproduces the image if a bull, found in the place of the district of Monreal de Ariz with the inscription in Celtiberian language which transcription would be ventanaza car(aca) that would be translated Ventanaza amiga and in particular the Celtiberian necropolis that is next.

The Celtiberian necropolis of Vallunquer (it can not be seen)

The necropolis is in the hillside of St Pedro hill and in the bottom of the gully of Torrehermosa that separates it in the West about 350m from Arcobriga.

It begins from the 7th- 6th centuries BC, having relevance till the 2nd century AD. The burials are individual and the ashes of the person died place in one o several ceramic urns (sometimes directly in the grave) protected with a poor funerary dowry (weapons, bracelets, brooches, necklaces or several tools). The cover of the funeral space is realized with covers of stone or stone and adobe. 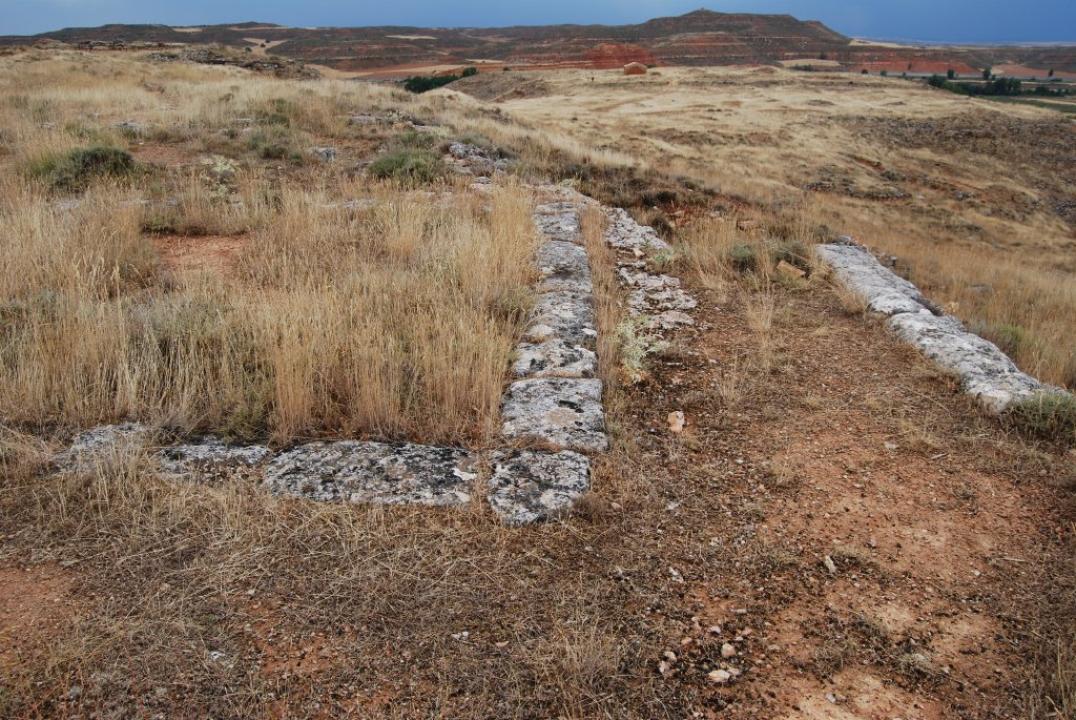 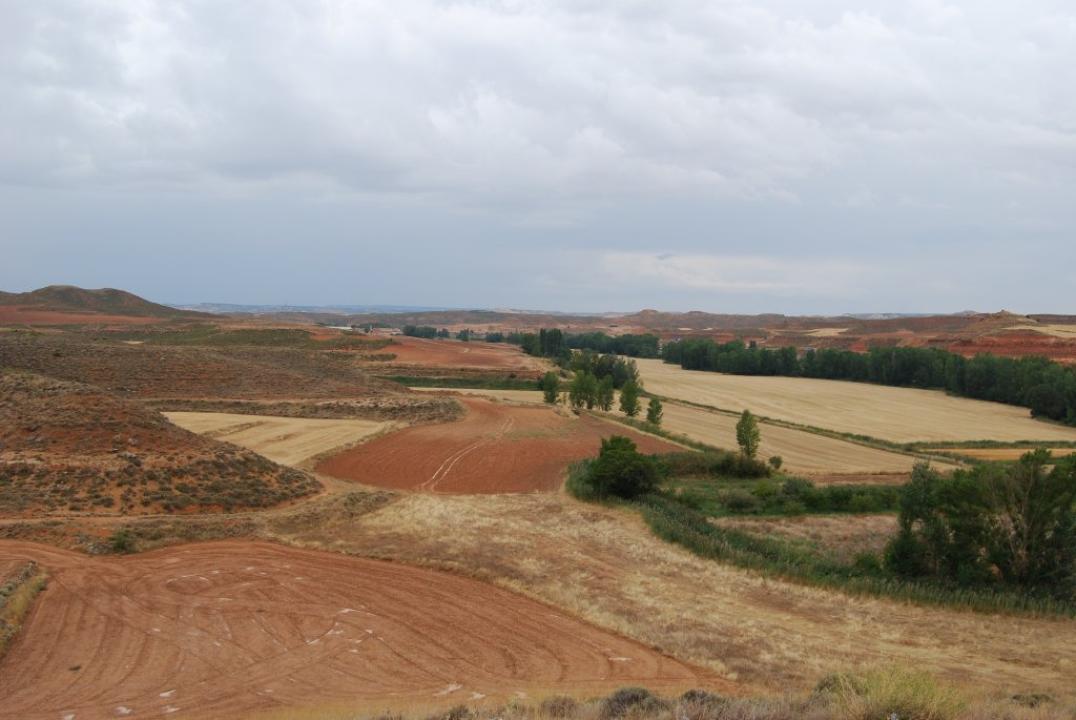 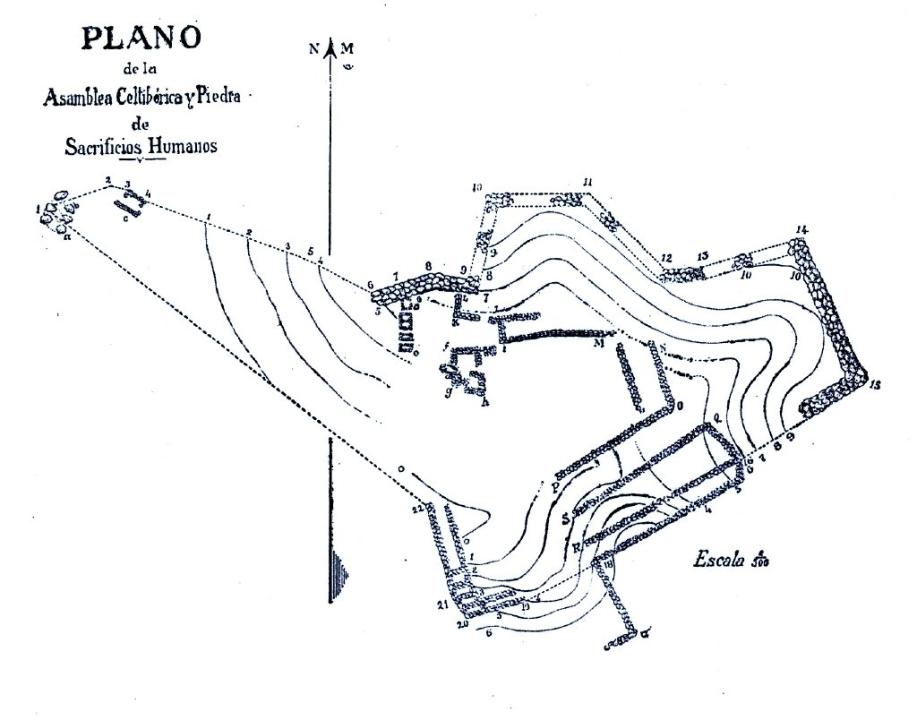 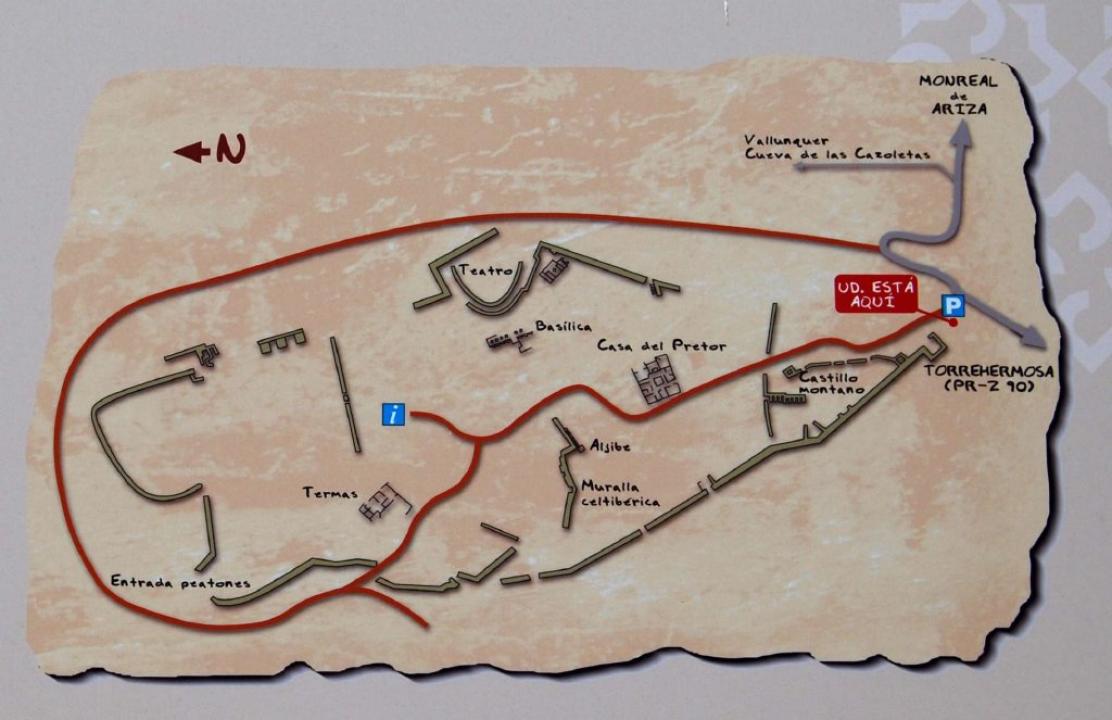 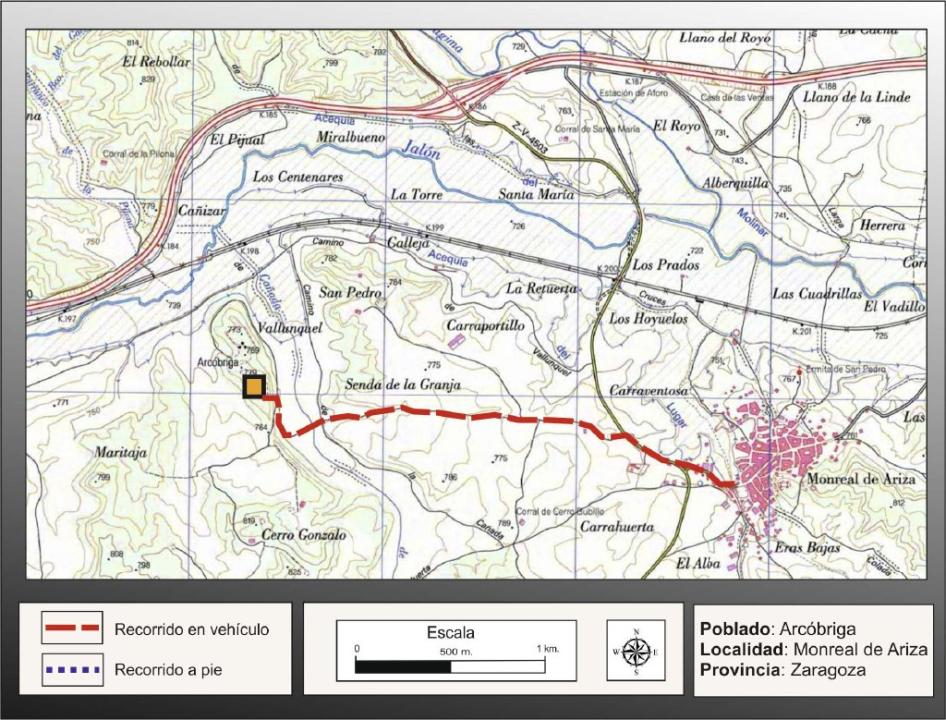 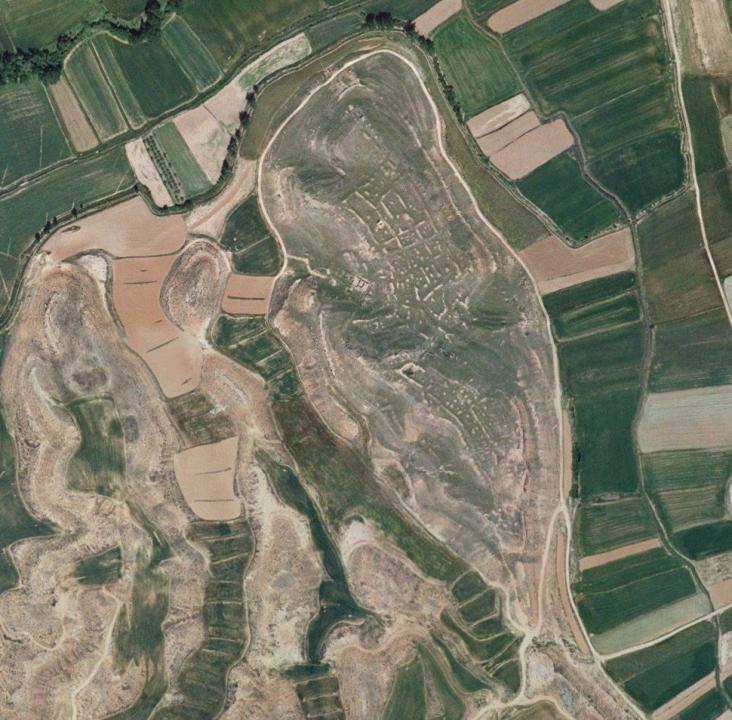 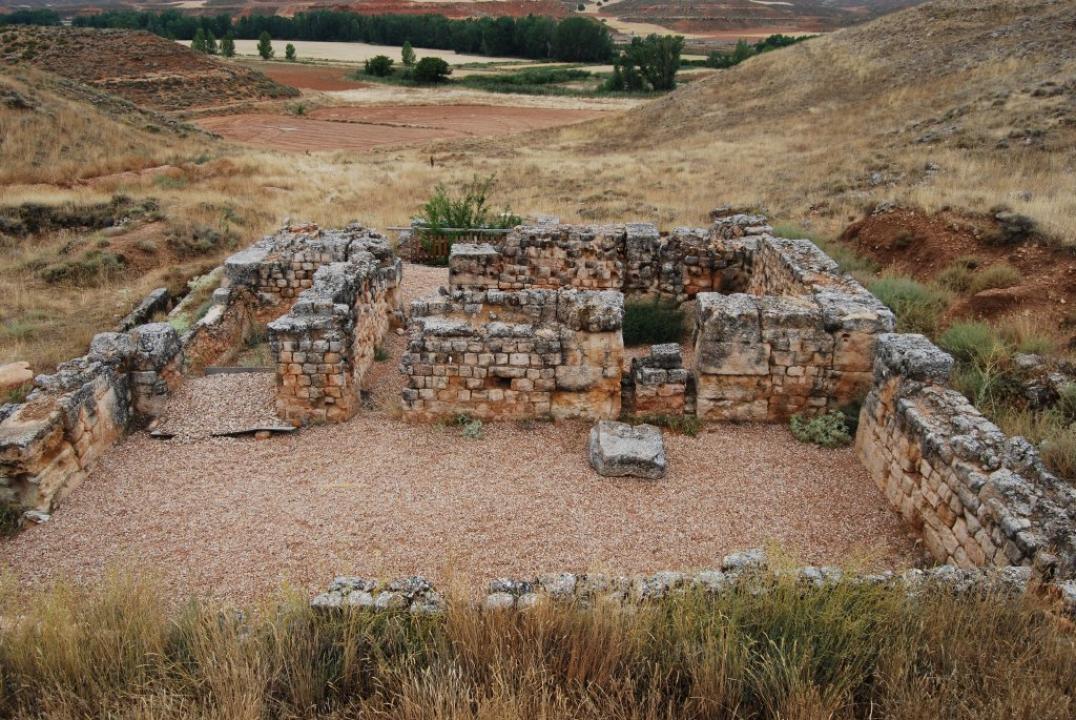 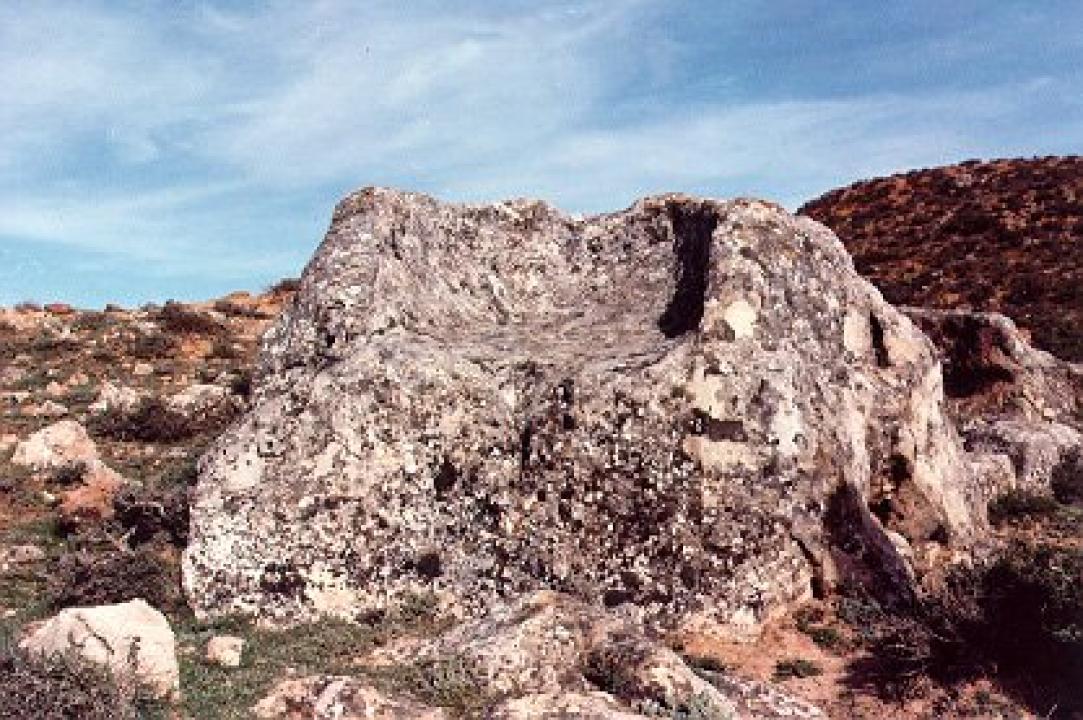 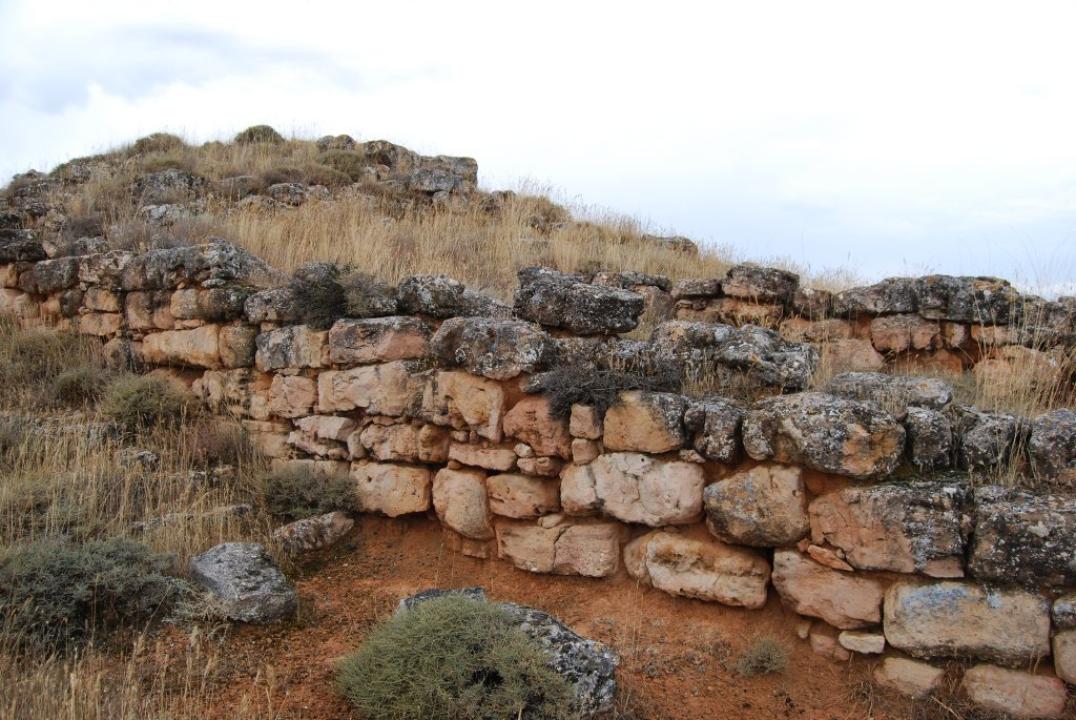 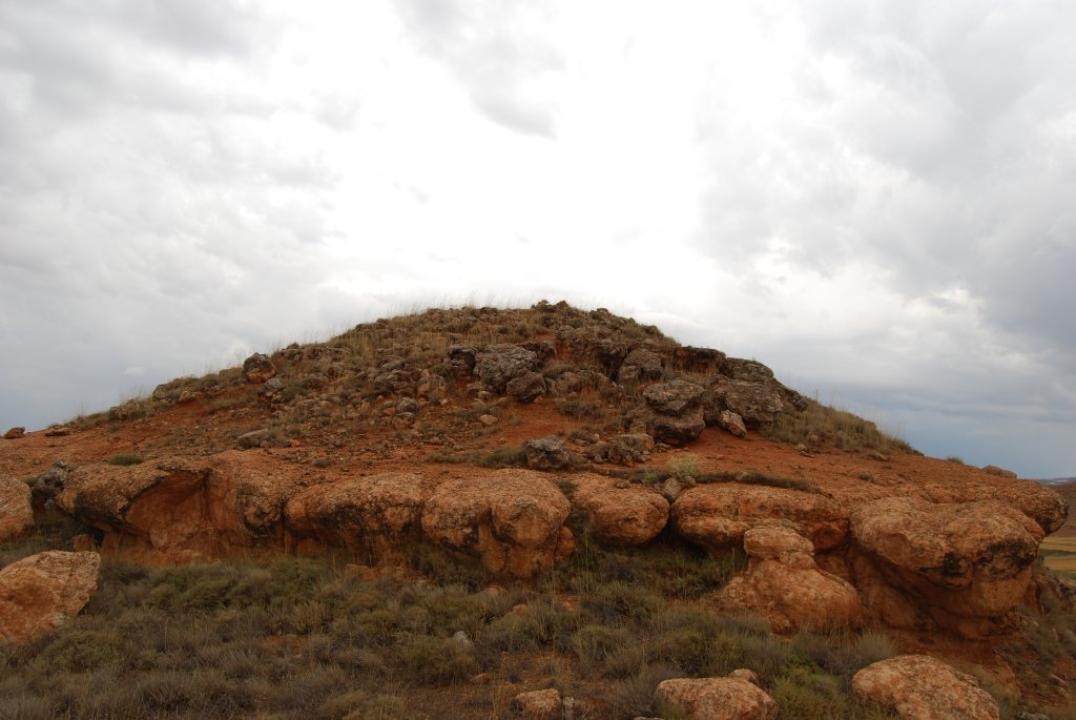 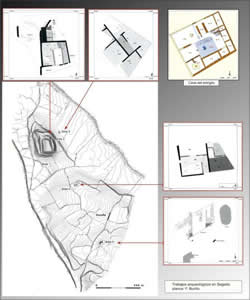 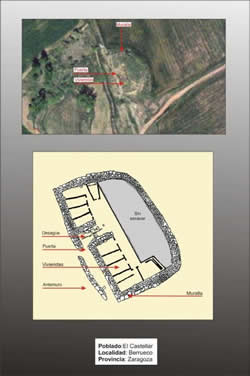 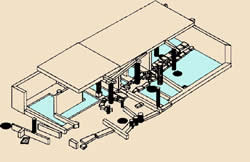 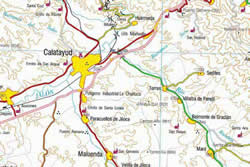 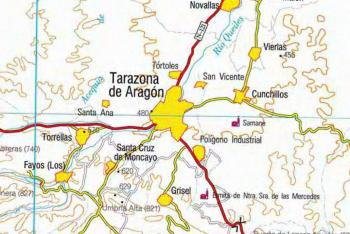