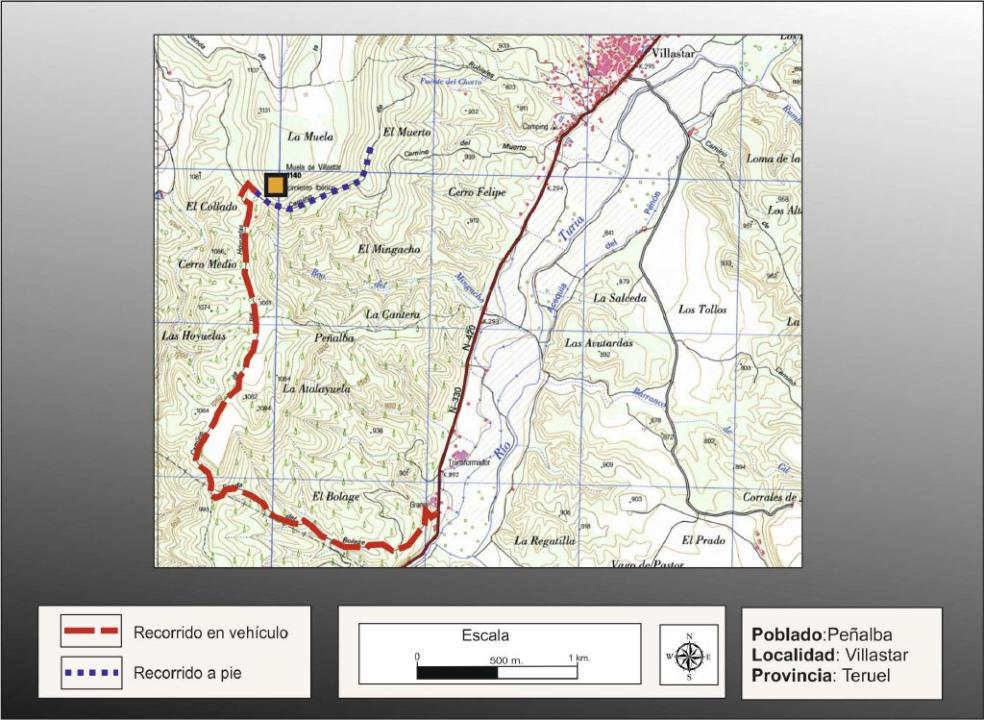 How do you get to?

From Teruel you have to take the N-330 to arrive in the town of Villastar. In this locality you have to take a road that goes out toward West, having la Muela de Peñalba in front, till to arrive at the place. You could accede through a path that extends along that rocky block.

It is located in a big and elongated tableland something higher in its Southern extreme with 1,060m and lower, 1,040m in the North making the most of the natural cuts that crown this hill in three of its sides, dominating the basin of Turia River and in the South the access of the strait of Villel, pass of the route from the Mediterranean to the interior following the course of the river.

This sanctuary was discovered in the beginning of the 20th century by Juan Cabre in the course of the works of research that he was realizing in a Teruel zone for the elaboration of the “Monumental Catalogue of Teruel” announcing it in 1910 in the “Bulletin of the Royal Academy of History”. This initial work is basic for the study of this sanctuary because many epigraphs and engravings that Cabre documented were lost because of extractions for the natural erosion and the damages caused by the visitors.

Silvia Alfaye has tackled this sanctuary in her doctoral thesis about “Sanctuaries of Celtic Spain” and in the footsteps of the Department of Old History of Zaragoza university has planned a biannual research leaded by F. Beltran and F. Marco, to realize an integral study about this extraordinary collection.

On the other hand, the written information that has this place, basic for its correct interpretation has been the object of attention of a significant number of linguists who have highlighted the differences not in the interpretation of the sanctuary as it is, but in the one of the texts.

SIGHTSEEING TO THE SANCTUARY

The graphic collection of Peñalba is engraved in an immense stack of the tableland constituted by almost 3km of quarry of clear limestone (that which gives it the name), surrounding the tableland in the North, East and South.

The engravings and the inscriptions

On the rocky cut are located the several collections of basins and channels (of probably ritual function) geometric engravings, human and/or divine figures and of animals that appear isolated or making authentic scenes.

But it stands out a considerable number of inscriptions in Latin alphabet but transcribing Celtiberian, Iberian and Latin languages. Among these last it was tailed a passage of the “Aeneid” of Virgil and the dedications of pilgrims.

The inscriptions in Celtiberian language

There are very important all the texts in Celtiberian language that give a maximum of 25 inscriptions (at the expense of new discoveries) of which 3 were lost after having been pulled out from the rock, 15 are kept in the museum of Barcelona and the rest in the quarry of Peñalba.

Of some of these inscriptions they could not realize a suitable lecture because of problems of legibility, due to the erosion that sometimes has suffered the rock. Of those that could be red totally or in part, stand out the presence of personal names and its votive character.

But above all, it is necessary to mention the big inscription (two groups of lines in the upper part and 3 below) interpreted traditionally as a dedication to god Lugus (in dative LUGUEI) the most important of Hispanic Pre-Roman world.

Even if the researchers agree on the fact that it is an inscription of religious character, votive or in which it is commemorated some sacral action related to this deity, follows posing more than a problem of interpretation.

Interpretation of the place

The magnitude of the collection obliges to think it is not a simple place of passage but an authentic sanctuary, related to the nature through one of these outstanding elements, visited on purpose by different peoples with a certain frequency. Cabre considered it a sanctuary of frontier in which people of different ethnic group met.

This Sanctuary with the site of High Chacon located to about 8km of distance towards the North shows the difficulty to establish the limits between Celtiberians and Iberians, since in this site the three documents found with inscriptions are written in Iberian language, while in Peñalba there are Celtiberian, Latin and Iberian texts. All that would be a proof of its situation in frontier zone.

Untermann indicated that the texts are due to pilgrimages realized towards the change of era and that did not last beyond a generation. This not could be valid fro a concrete moment of the sanctuary, but this place would have had a ritual character from older epochs to which are attributed probably the small saucepans, channels and other engravings and could have continuation in later epochs to the written texts discussed. 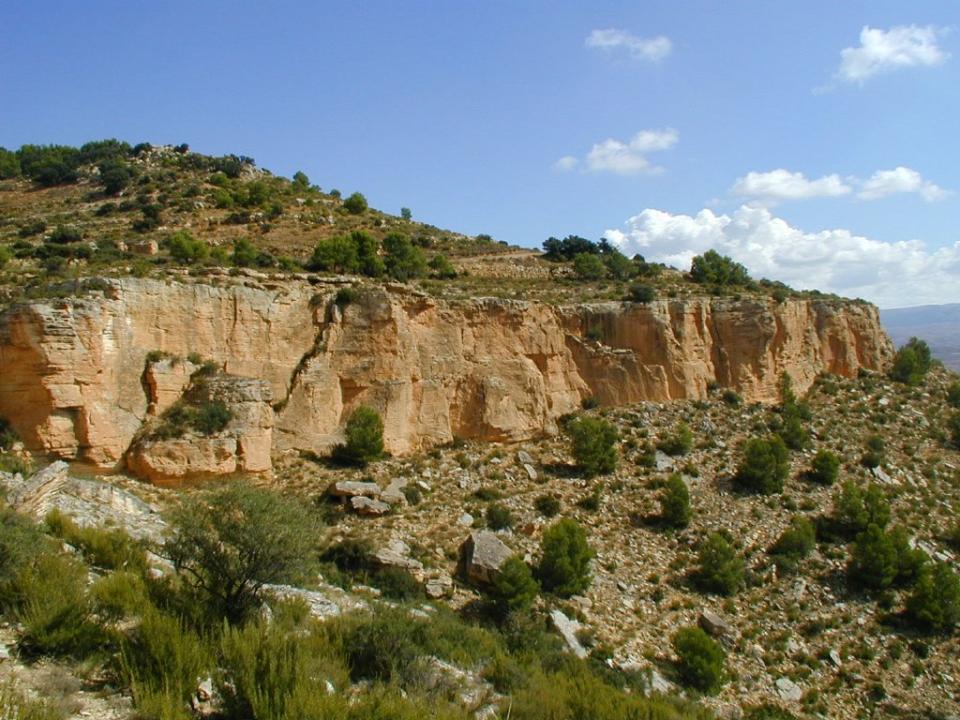 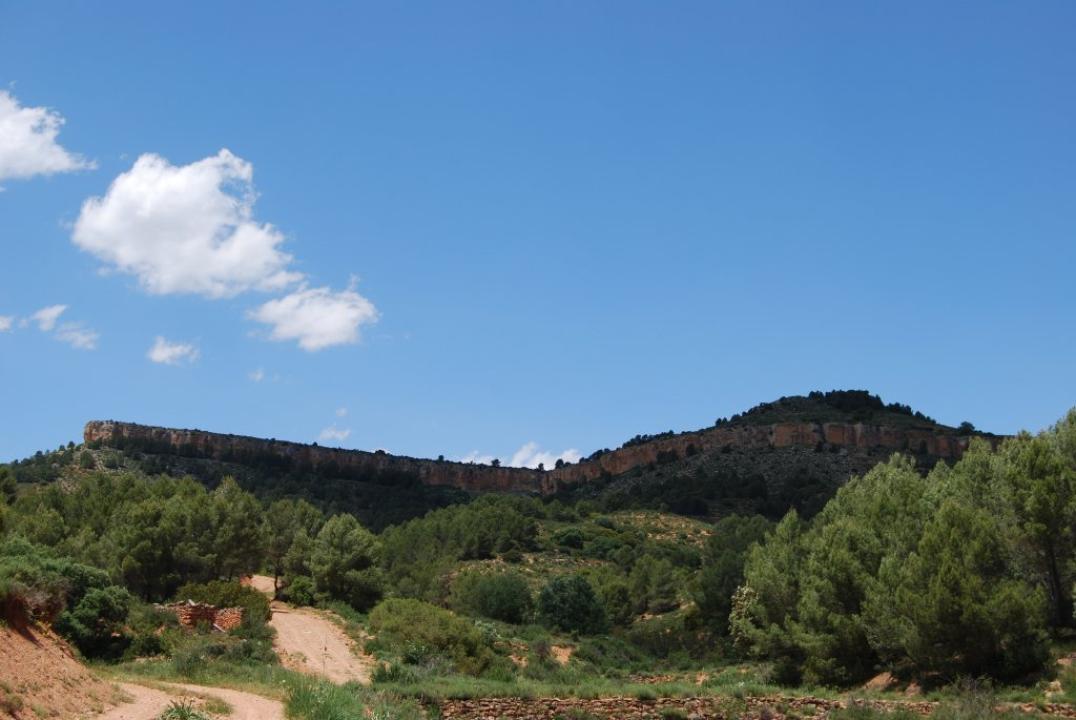 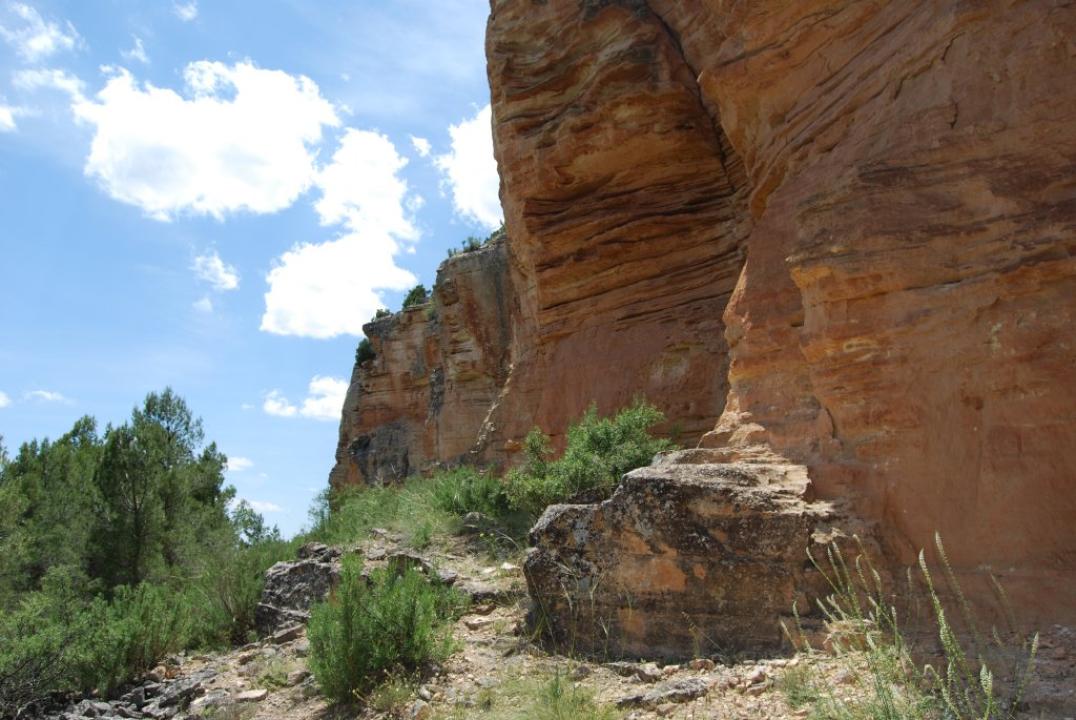 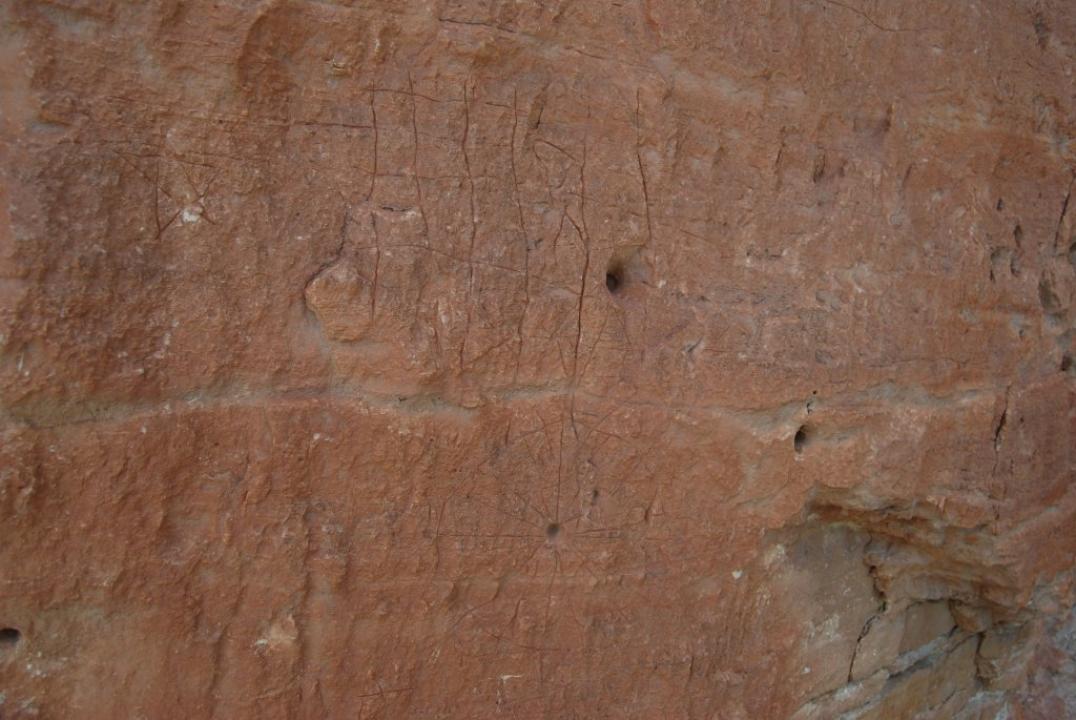 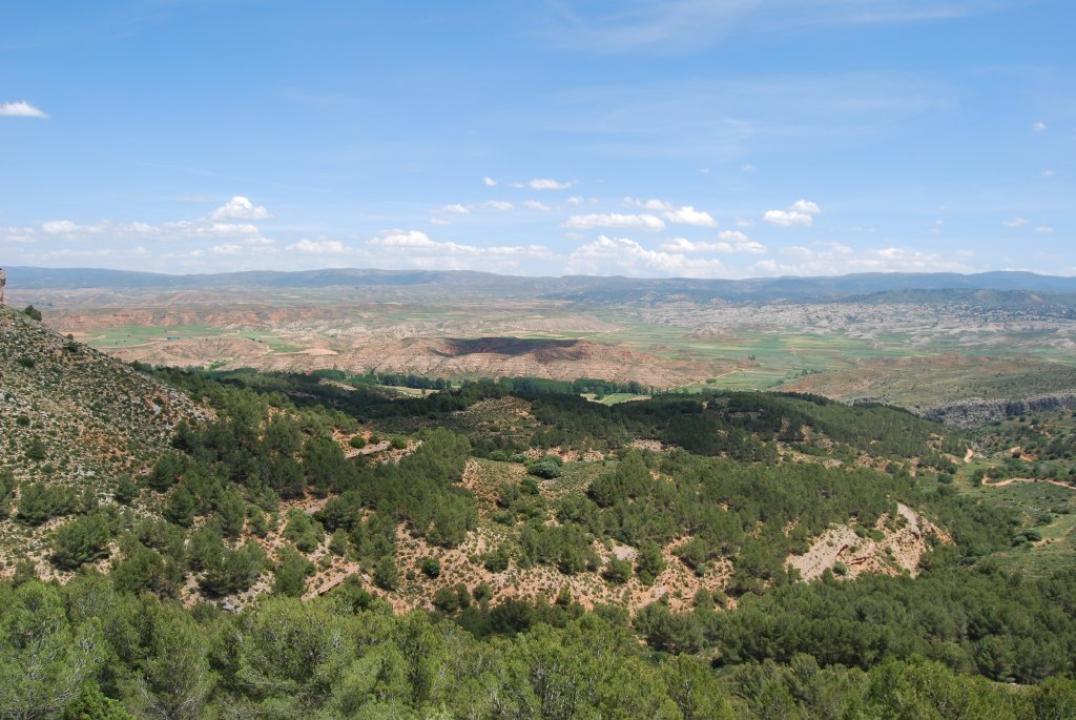 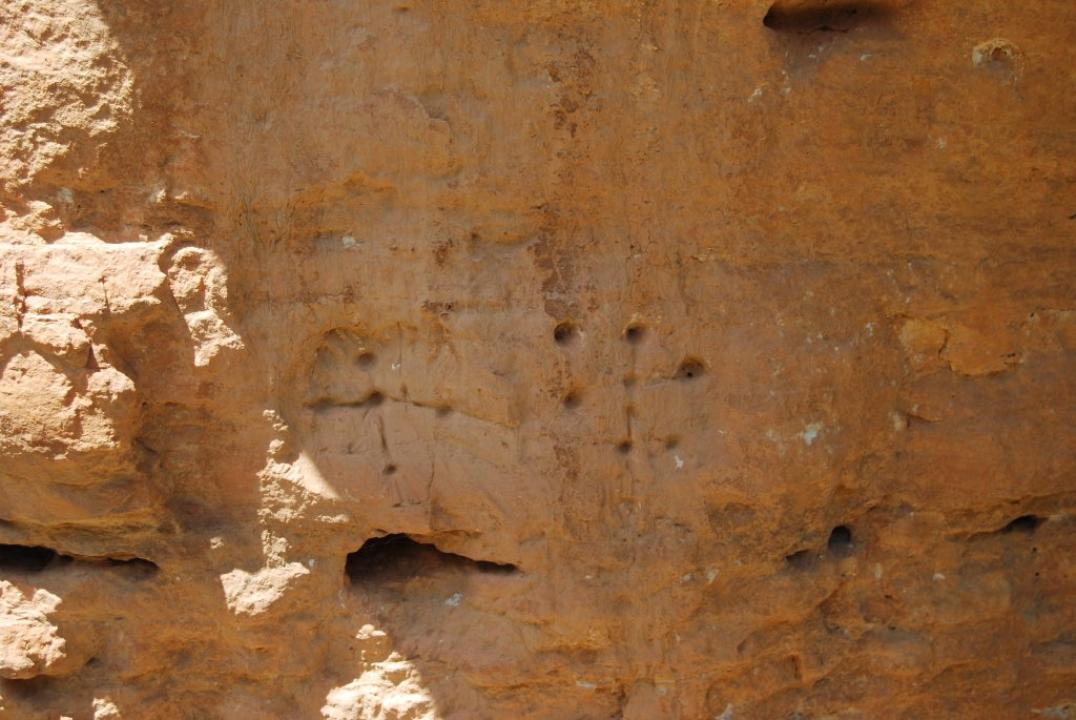 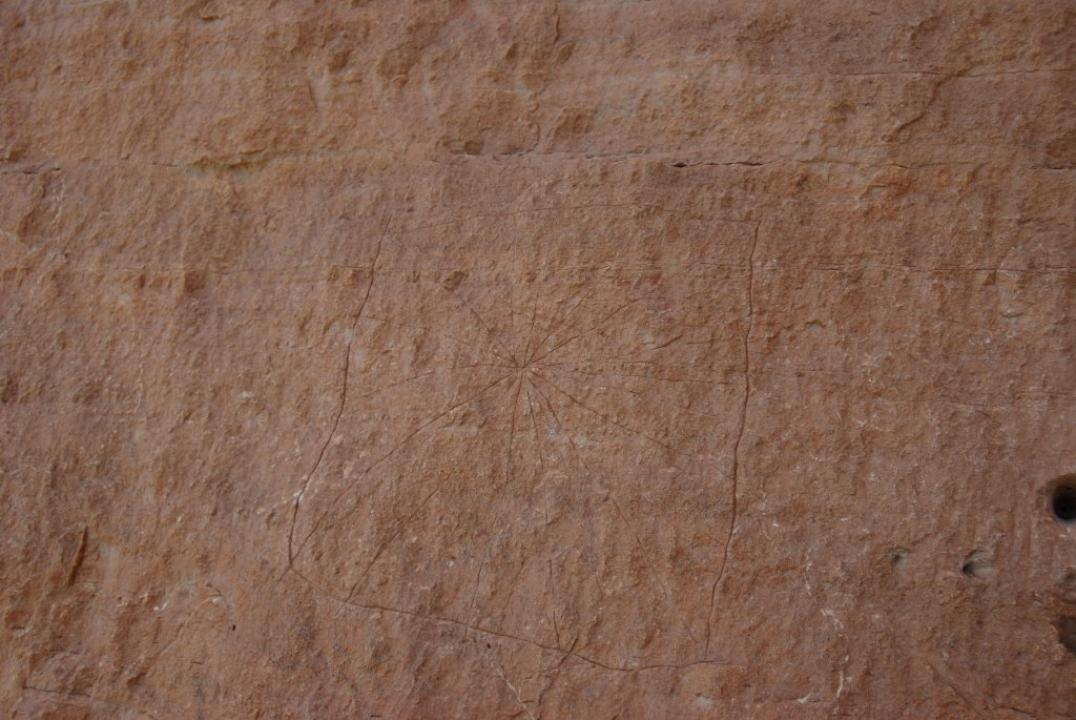 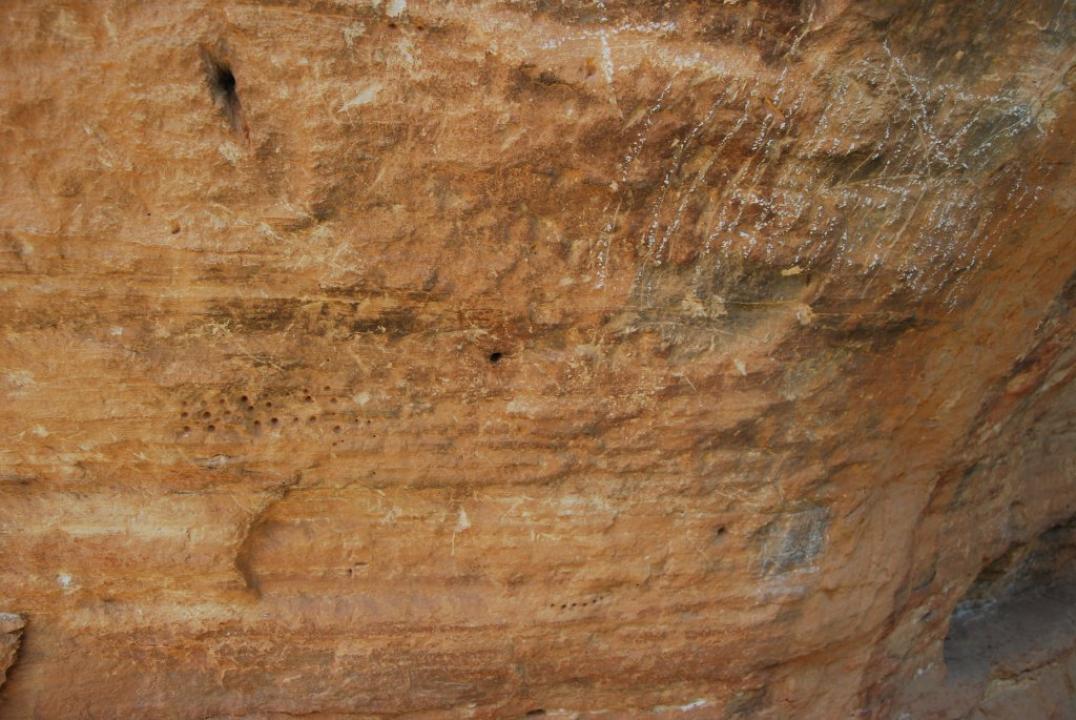 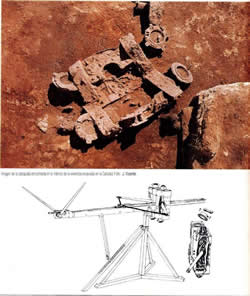 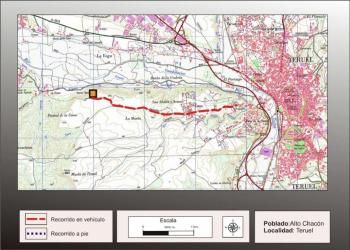 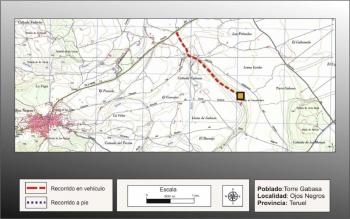