Although there is disagreement among historians of antiquity can be inferred from their news, referring to the second and first centuries BC, which gives the name of Celtiberia the territory located in the mountainous ridge which fit the Iberian and Central mountain ranges and surrounding areas, which divides down the river Tagus, Ebro and Duero, ie the eastern part of the Northern Plateau and the right side of the middle basin of the Ebro Maximum length bounded by the nicknames would end with cited some cities: Clunia, Celtiberia finis; Ercávica, caput and Contrebia celtiberiae, caput gentis celtiberorum.

Citerior Celtiberia differ, higher agricultural potential and basic wealth, more open to outside influences mainly from the Iberian Mediterranean, the Celtiberia Further, limited to the Alto Douro, predominantly cattle and more marginalized from the economic focus and key roads.

A source or important resource for the classic authors is related to iron and argentífera wealth of Moncayo, as Posidonius, Marcial and Justin praise the quality of the steel tempered in the waters of rivers Celtiberian. Its special characteristics led the Roman army to take the sword peninsula, "hispaniensis gladius. "

You can get more information on these websites 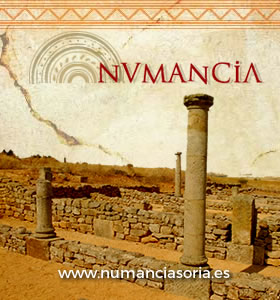 In this other web page we made a rigorous and very detailed analysis of the "heroic city " of Numancia. 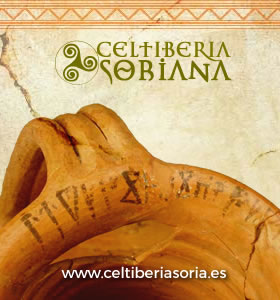 We continue with the investigation of the province of Sotiana as an important part of the territory of Historical Celtiberia. 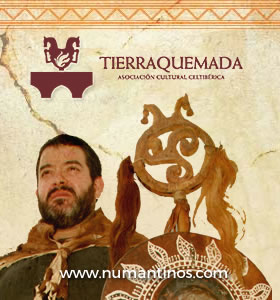 Our Association has as its basic objective the dissemination of Numantine and Celtiberian Cultural Heritage. 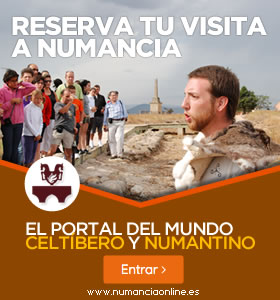 Points of interest in the city of Numancia