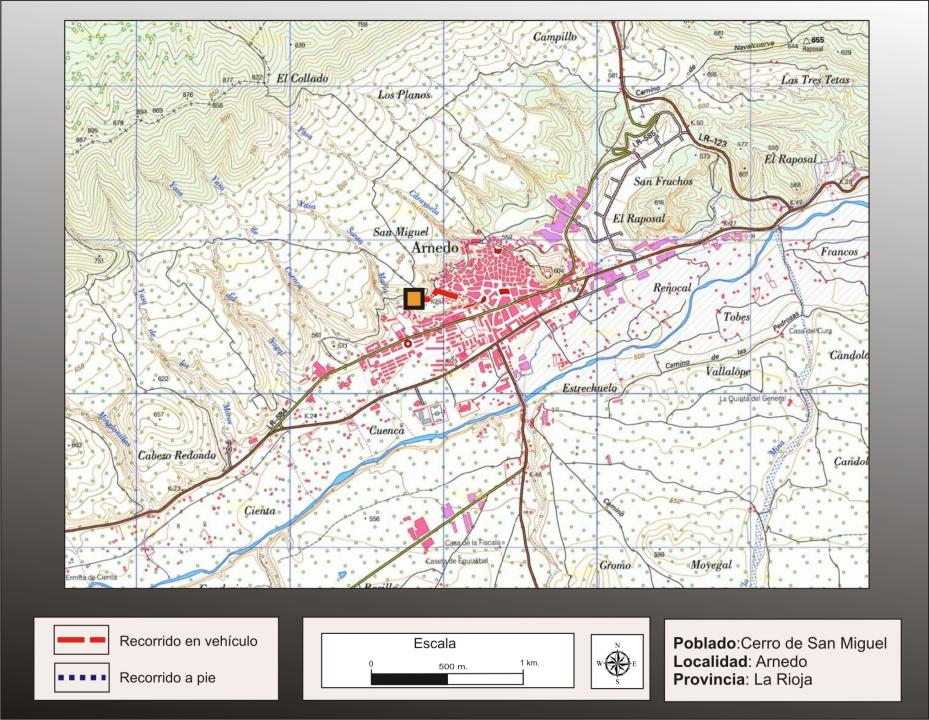 In this hill, situated in the west of Arnett (on the left bank of Cidacos) leads from the City Following General Ruiz Street to the junction with San Miguel to arrive at the foot of the site, being easy to climb .

The hill on which sits the town Celtiberian is of medium height and is located west of the village, about 570m above sea level (about 10-15m above the village and about 40m above the valley floor Cidacos), fronting the Cerro del Castillo, situated to the east.

This site has been known since mid-century XX. The current excavation work began in 2004, driven by the city of Arnedo, in collaboration with the Government of La Rioja and directed by archaeologist David Eguizabal.

Of these three phases, the excavations provide a better understanding of Celtic-Iberian settlement.

The site has been fenced and protected and is considering the conservation of the different structures excavated, and the launch of an educational project for presentation (see contacts and schedules).

The southern half of the hill is a deep vertical cut that protected the town from this side, littered with artificial caves, which can have a long tradition, even from the early Middle Ages (perhaps related to the necropolis of the time), which followed well as occupying houses or warehouses until the present time.

The village, using the slope of the other sides, was organized in successive terraces, to settle the various alignments of houses and thus save the slope, occupying an area of ??about 8 hectares, which aims to oppidum or city size.

The village was surrounded by a wall, which was discovered first, just over 8m long and 3m wide. It was built with two canvases, one internal and one external, made ??with large stones and in between filling of small stones and earth. These defenses often have a base of about 3m or 3.5 m in height and a narrower upper parapet, made ??with wooden poles and bricks, leaving a corridor to walk the perimeter wall in cough.

In front of the wall to strengthen its defense built a large pit dug in the natural coat, about 14m wide and about 5m deep.

He has recovered a large volume of objects, among which fine ceramics and metallic objects such as weapons and domestic utensils and agricultural, which must be related to cereal grains and other vegetables found, which together with faunal remains indicates the food base was agriculture and livestock.

The situation of this hill in the valley of Cidacos connecting the Ebro Valley (way for the arrival of Mediterranean products) in the Alto Douro explains the presence in its material culture within both areas.

The highlight of the occupation of this town would correspond to an advanced world time Celtiberian (III-II century BC).

The site has been fenced and protected and is considering the conservation of the different structures excavated, and the launch of an educational project for presentation. 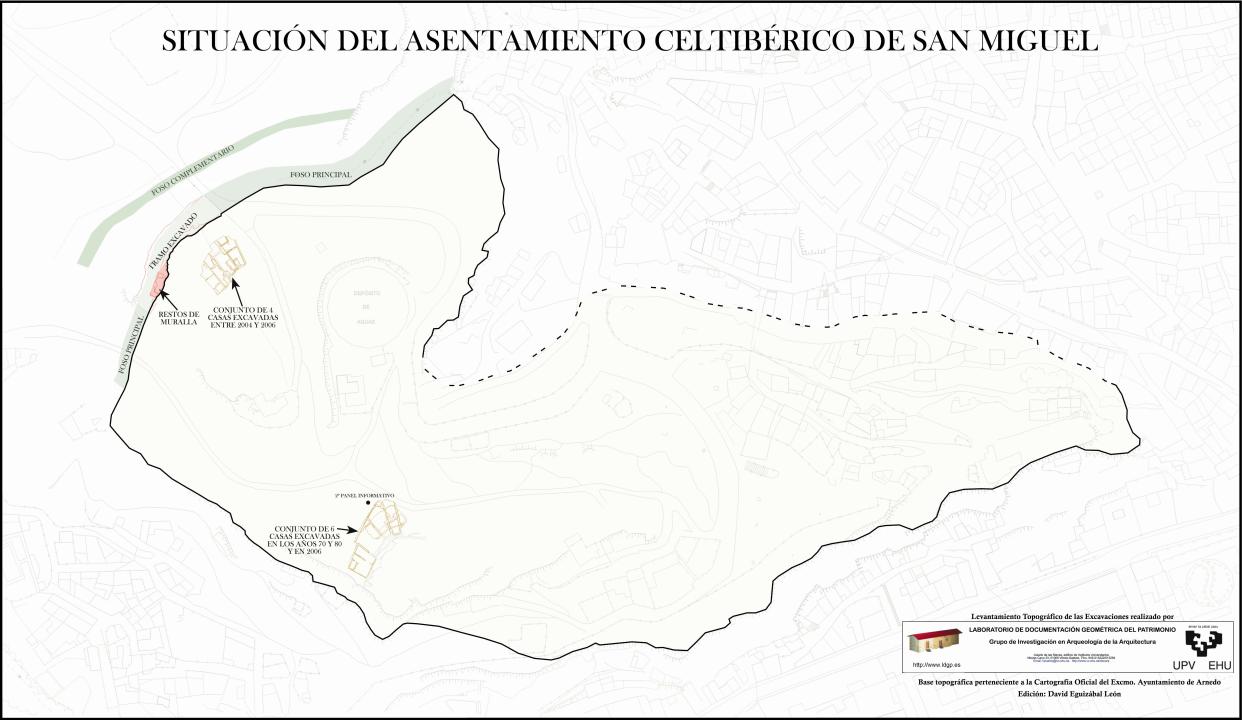 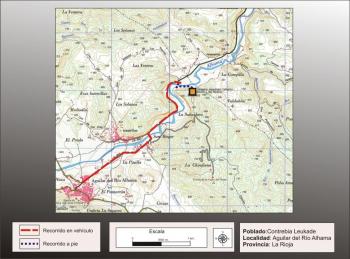